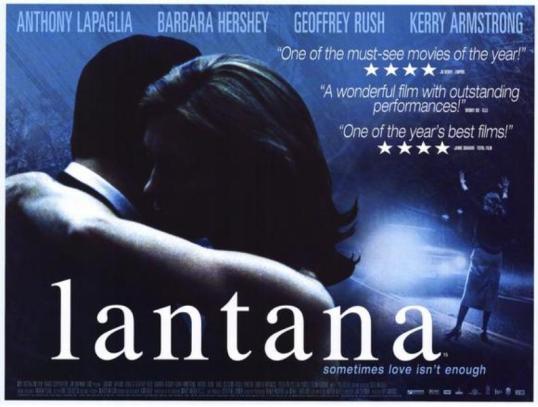 Trust. A dead body in bracken. A cop cheats on his unhappy wife who, in secret, sees a psychiatrist whose own marriage is corroded by grief: she thinks her husband is having an affair with a gay patient of hers. The cop’s lover, Jane, is recently separated, and her neighbors – a couple with children – include a muscular unemployed man. Late one night, the doctor skids off a back road, finds a call box, and tries in vain to reach her husband. She sees headlights and flags down the driver. Later that night, Jane sees her neighbor park his truck and throw something into the lantana in a vacant lot. It’s a woman’s shoe. Unraveling the mystery lays bare five couples.(Imdb)