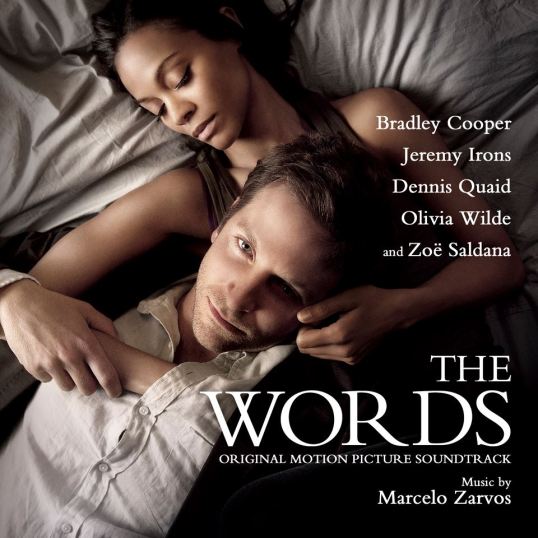 Layered romantic drama The Words follows young writer Rory Jansen who finally achieves long sought after literary success after publishing the next great American novel. There’s only one catch – he didn’t write it. As the past comes back to haunt him and his literary star continues to rise, Jansen is forced to confront the steep price that must be paid for stealing another man’s work, and for placing ambition and success above life’s most fundamental three words. (Imdb)

“The Words” is a clever, entertaining yarn that doesn’t bear close scrutiny. Even superficial examination of this film reveals myriad flaws, despite a compelling performance by Jeremy Irons as a fictional writer in a book also called “The Words.” At the heart of this story-within-a-story is a tale of plagiarism and ambition.

The first feature film directed by the team of Brian Klugman and Lee Sternthal (who are also authors of the screenplay), “The Words” addresses some of the same themes as Woody Allen’s “You Will Meet a Tall Dark Stranger.” Its story of a manuscript lost at a Paris railway station parallels that of Ernest Hemingway’s first wife, Hadley Richardson, who lost track of a suitcase containing some of his manuscripts in 1922. Hemingway, who is pretentiously referred to throughout the film, never forgave her.

This layered film begins with a public reading by Clay Hammond (Dennis Quaid), a successful author whose pulpy new novel, “The Words,” contains some of the most wooden prose ever ascribed to a writer of supposed reputation. Mr. Quaid’s slow, droning line readings make the writing sound even more flat-footed than it might otherwise seem.

Clay’s book tells the story of Rory Jansen (Bradley Cooper), a shifty, beady-eyed young writer whose two unpublished novels were politely rejected for flaws like being “too interior.” Married to a supportive wife, Dora (Zoë Saldana), Rory has settled into a job as a “supervisor” at a literary agency.

Earlier, during their honeymoon in Paris, Dora gave Rory a battered satchel she picked up in an antiques shop. Only later does he open it to find a yellowed, unsigned manuscript. Reading it, he is spellbound and envious. Because his writing career is going nowhere, he eventually decides to copy the novel into his computer and pass it off as his own work, calling it “The Window Tears,” and a star is born.

Rory is enjoying celebrity heaven when he is approached in Central Park by Mr. Irons’s“Old Man,” as the character in the book is called. Stooped, gaunt and unshaven, with long, stringy hair and a hollow, penetrating gaze, this codger engages Rory in conversation. As the Old Man slyly reveals his identity without giving his name, Rory’s eyes widen with alarm.

The Old Man begins recounting the events of his life, and the movie flashes back (in sepia-toned scenes) to the 1940s, when he was a Young Man (Ben Barnes) in Paris who married a beautiful French waitress (Nora Arnezeder) and had a baby girl with her. After the baby dies, the Young Man pounds out “The Window Tears” during a two-week fit of grief and rage. But just before the Young Man returns to the United States, his wife loses the manuscript. (The French scenes, although well acted, make up a compendium of clichés about Americans abroad after the war.)

Confronted by the Old Man, Rory is wracked with shame and fear, and he is belatedly forced to contemplate the moral and ethical issues surrounding his theft and how to handle the catastrophic fallout should the truth be made public. He is further shamed by the Old Man’s refusal to accept any financial settlement.

The film’s unsatisfying finale involves Clay’s pursuit by Daniella (Olivia Wilde), a Columbia student and an avid literary groupie whose manner is so predatory that you wonder if she is some sort of spy. In their conversations, Clay hints that the crimes described in his book might be his own story, but the movie remains frustratingly coy.

As in a lot of Hollywood movies set in the world of letters, the connection to the real world of authors and publishers feels tenuous. On the subject of plagiarism, the movie portentously beats its chest and tears out its hair in overblown speeches about theft, identity, fiction and reality that ring with self-congratulatory piety.

One of the many questions it conjures is whether the screenplay’s ham-handedness is a deliberate attempt to illustrate Clay’s mediocrity. But to assume so, I think, would be to give too much credit to a film that is ultimately less interested in morality and ethics than in maintaining suspense by any means necessary.