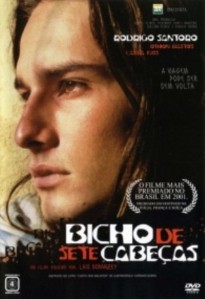 Neto is a sensitive teenager whose father has a terrible temper. The two men clash on several occasions and when the father one day finds a joint in Neto’s pocket, he decides to lure his son to an asylum for treatment. What he doesn’t know is that the asylum is run by people who don’t hesitate to use violence, electric shock treatment, or large doses of drugs to keep their patients in check. Slowly Neto starts to change and adopts a tough attitude in order to keep his santity and his dignity.

This true story is based on Austregésilo Carrano’s autobiographical book Canto dos Malditos and is carefully brought to the screen by director Lais Bodansky, who focuses both on the institutional oppression and the emotional journey of the main character. –Stockholm Film Festival