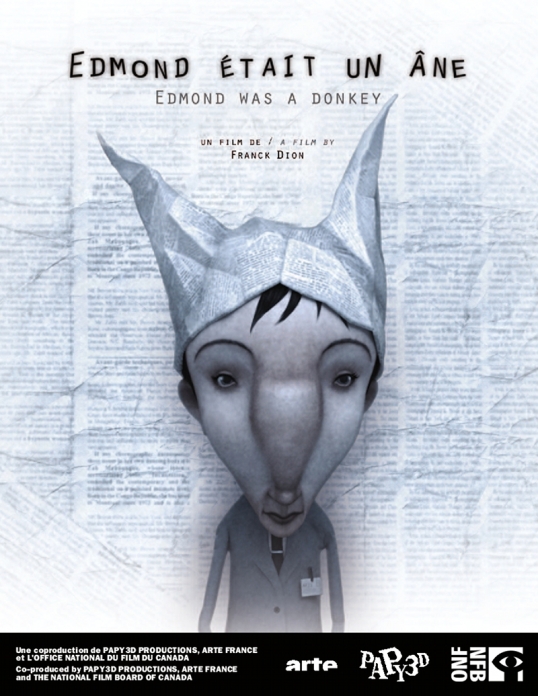 When his co-workers tease Edmond by crowning him with a pair of donkey ears, he suddenly discovers his true nature. And though he comes to enjoy his new identity, an ever-widening chasm opens up between himself and others. (Imdb)

Edmond is not like the others. When colleagues deck out him as a dunce’s cap, he has suddenly the revelation of his real nature and, if he seems to bloom in his new identity, this one digs however a ditch of incomprehension between him and the others. With delicacy, Franck Dion tells the moving story of this charming eccentric and approaches the difficulty of being ones self him in front of social conformity. Incapable to move back in front of the role which we assign him, Edmond glimpses only a single perspective..