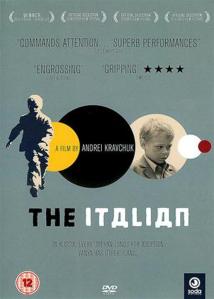 Vanya is a 6 year old orphan living in a rundown orphanage in a remote Russian village. For Vanya and the other children, life is without hope, unless, of course, they are adopted by wealthy foreigners. For Vanya, hope comes in the form of an Italian couple. But while arrangements are being made an incident occurs when the mother of another child appears, seeking her son. Vanya begins to wonder what would happen if his own mother reappeared, and he was living in Italy.With the assistance of older children, Vanya is able to access his records and find the possible whereabouts of his mother. He escapes and travels across the country, pursued by the adoption agents.(Imdb)